based in Iowa City

VFP-161 welcomes veterans in the surrounding area who,
because of their personal experience and travails in a military infrastructure,now join others locally and worldwide in
advocating for dismantling the military-industrial complex as a basis for prosperity. 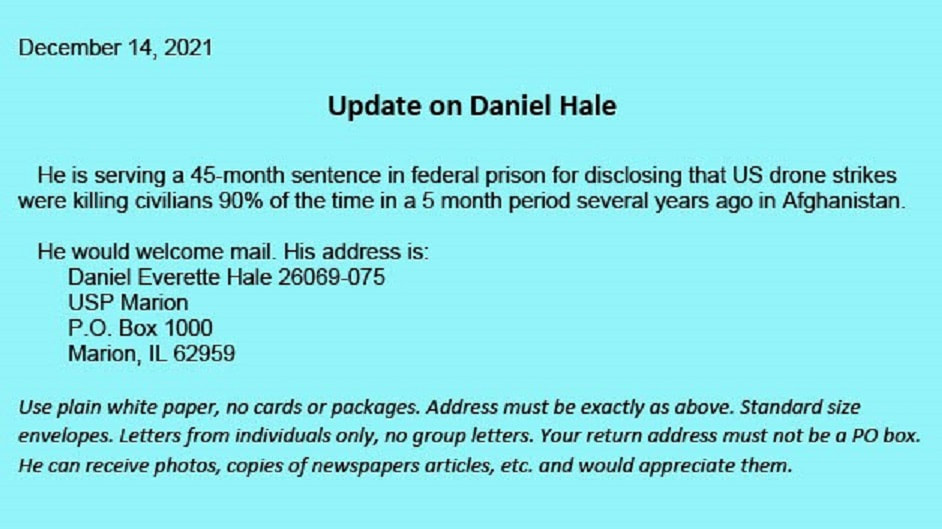 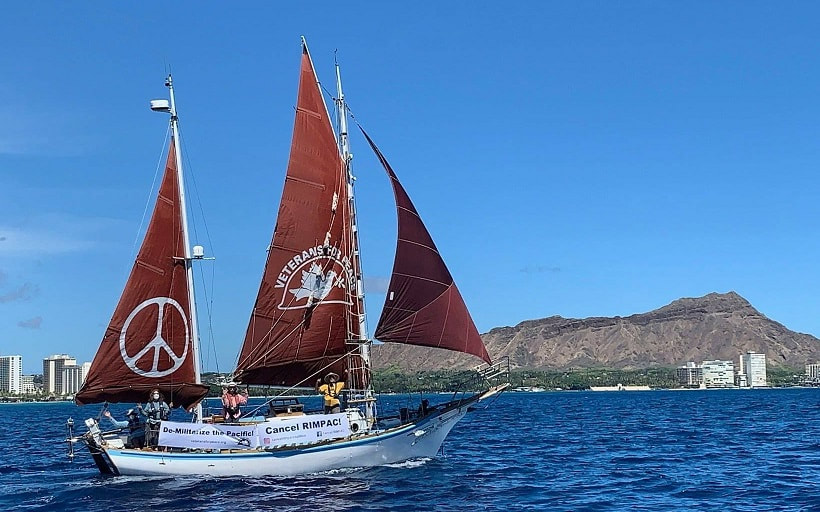 VFP Golden Rule Project 2022
Are you ready to show up for peace? Join us for an hour, or even just a few minutes, to voice your support for peace. We citizens must stand as a reminder that the military option is an unacceptable option. Come with your friends, your family, your neighbors, or just yourself — all are welcome.

​Exclusive:
A secret history of the war in Afghanistan, revealed

THE NEED FOR VOICES FOR PEACE IS URGENT 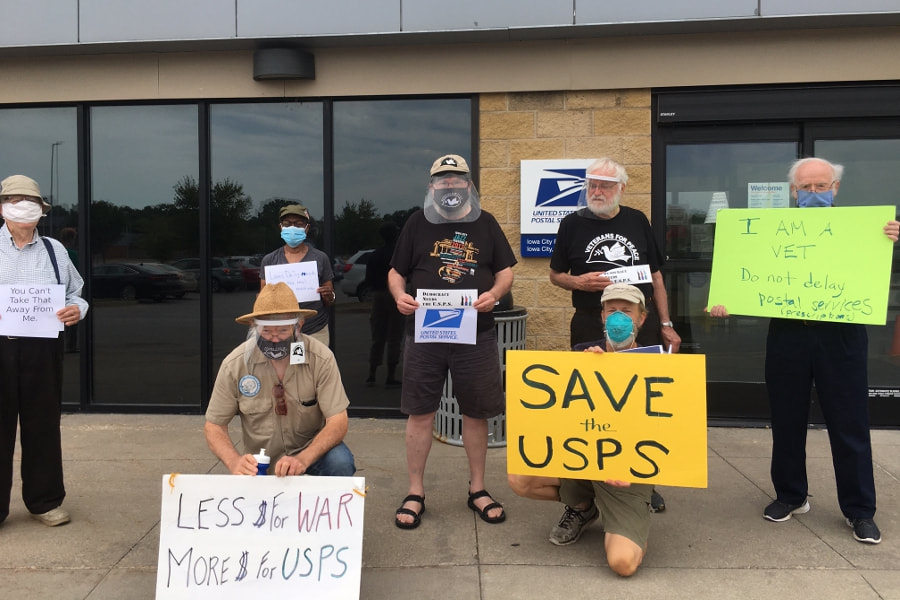 Iowa City VFP Activists meet in support of the Iowa City postal workers at the end of August, 2020 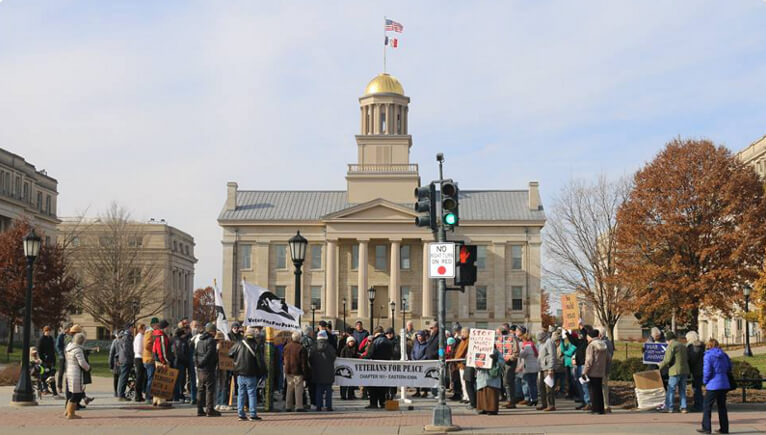 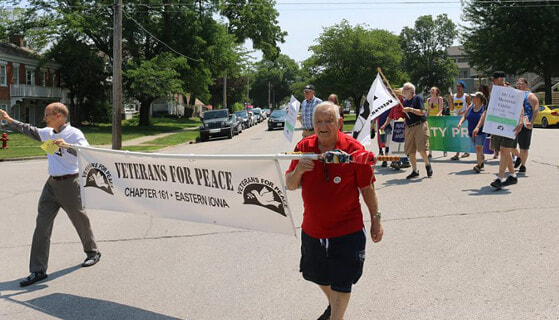 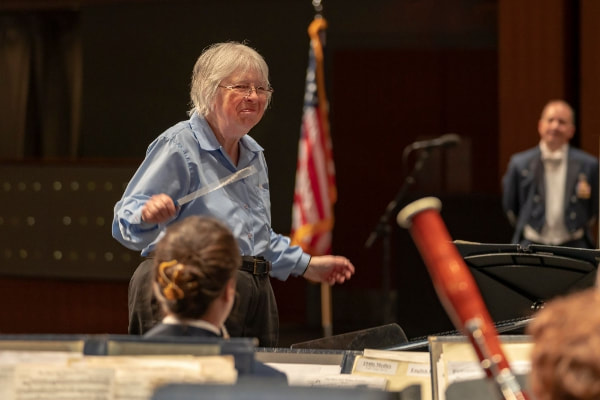 Photo by Master Sgt. Joshua Kowalsky On Friday, March 15, 2019, VFP 161 member, Linda Fisher was handed the baton to direct the U.S. Air Force Concert Band at the Hancher to conduct Sousa's Stars and Stripes Forever in a rousing finish to the nights outstanding full house performance. Chief Master Sgt Stacy Newbrough Ascione, an Iowa City native, performed a classy flute improvision. Linda had been a former member of the Women's Air Force Band, serving with the WAF Band from 1960-1961. She even marched in the Inaugural Parade for President John F. Kennedy! 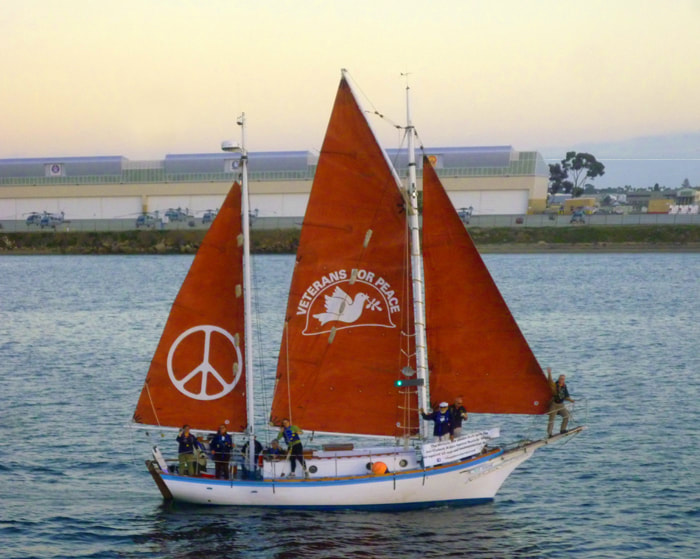 In 1958, four peace lovers sailed the 30' Golden Rule from California, bound for the Marshall Islands, where another above-ground nuclear bomb test was scheduled. They got arrested in Hawaii, and the boat got sold. It was found in 2010, a wreck. Some VFP folks who knew its story restored it. Here it is, in San Diego bay last week, for the national VFP convention, in conjunction w/the 70 year commemoration of the A-Bomb devestation of Hiroshima and Nagasaki. Atmospheric nuclear bomb tests were banned world-wide in 1963. The Marshall Islands are suing the nuke bomb holding countries now to make them honor the intent of the Nuclear Non-Proliferation Treaty, to reduce and get rid of all nuclear weapons. Orion Sherwood, one of the 1958 crew, was at the VFP convention, as determined a peace-maker now as then.